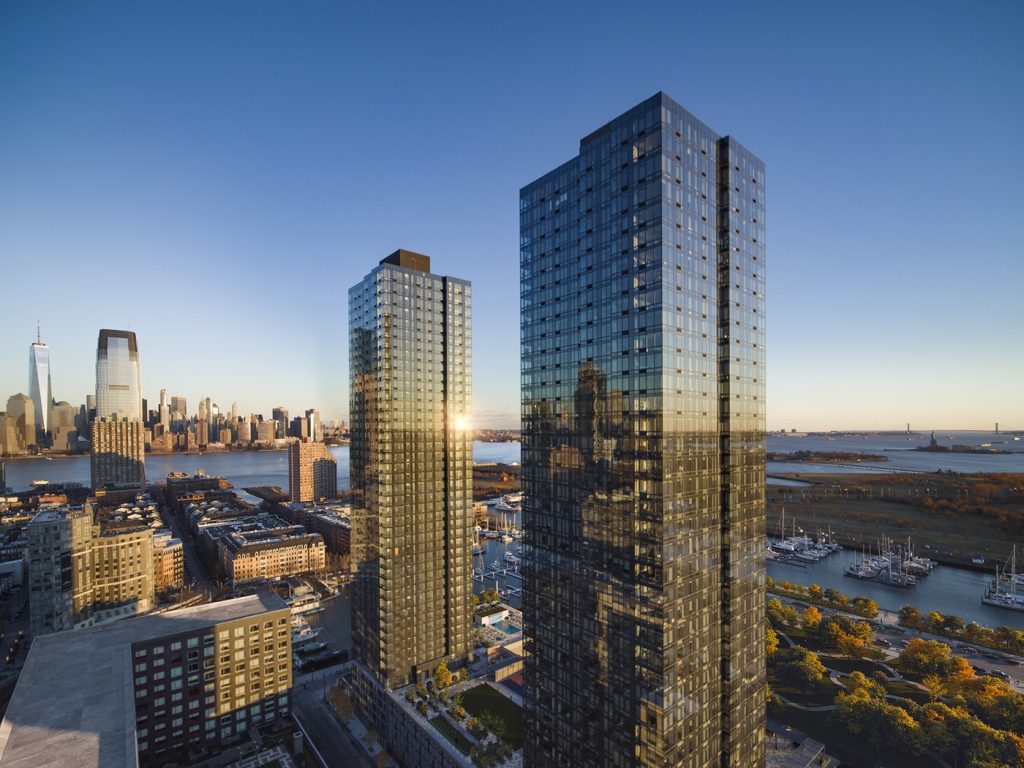 A developer has launched preleasing at a second 45-story apartment tower in Jersey City, part of a project that has brought 900 upscale homes to a growing waterfront neighborhood.

Located at 1 Park View Ave., the newest high-rise by Fisher Development Associates is a collection of 452 studio, one-bedroom and two-bedroom units, which comes alongside 50,000 square feet of indoor and outdoor amenity space. The New York-based builder is marketing the project alongside The Bozzuto Group, touting its luxury offerings and views of the Statue of Liberty, New York Harbor, Liberty State Park and Manhattan.

“There’s nothing quite like waterfront living, and The Vantage Collection stands out in Jersey City’s crowded apartment market as one of the only new construction rentals near the Hudson River,” said Brian Fisher, president of Fisher Development Associates. “The first tower immediately became a crown jewel in Liberty Harbor North, drawing savvy and sophisticated renters to its desirable location, thoughtfully-designed apartments and endless list of resort-style amenities. All those sought-after attributes are replicated in our much-anticipated second building which is destined to become Jersey City’s most exciting new rental offering.”

Fisher, the firm behind other Jersey City projects such as Crystal Point and Liberty Towers, delivered the first piece of the Vantage Collection some four years ago. Amenities in the second building will include a 45th-floor sky lounge, a high-end fitness center, a yoga studio and a co-working lounge with private work pods, among others, along with a sixth-floor pool deck and terrace shared with the first tower.

Designed by S9 Architecture, the Vantage Collection also has 11,300 square feet of ground-floor retail space, including 6,300 square feet at the base of the second tower. Residents of the buildings have quick access to PATH and ferry service and the adjacent Paulus Hook and Van Vorst neighborhoods.