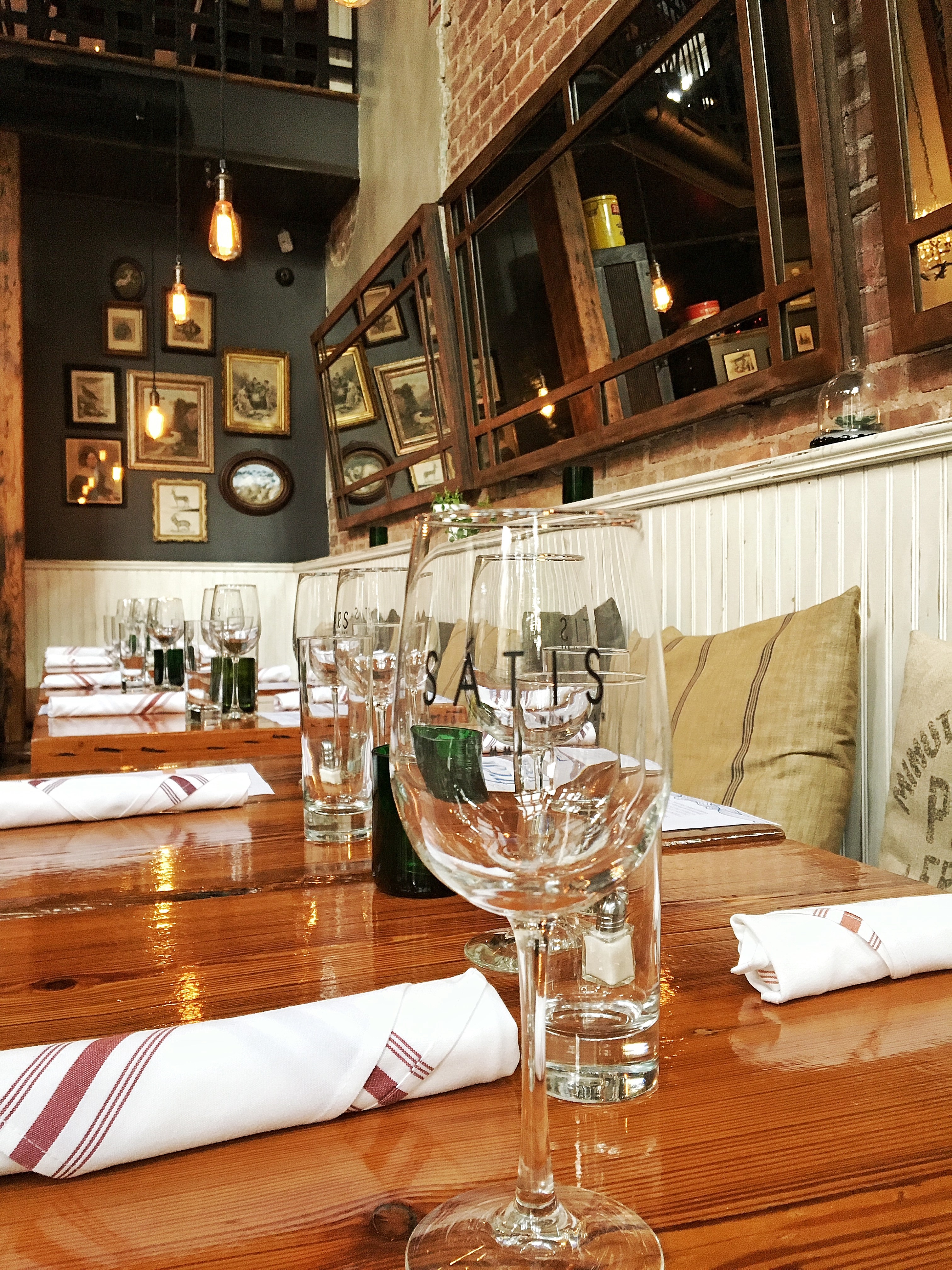 Residents of Vantage in downtown Jersey City count commuter ease into Manhattan and dramatic views of the city skyline from their apartments as key lifestyle qualities they enjoy at the new 45-story luxury rental building. But even with Gotham practically next door, there are those times when you want to enjoy a quality dining experience right in your own neighborhood. That’s where Satis Bistro comes in. Satis, at the corner of Washington and Sussex Streets just steps from Vantage in Jersey City’s desirable Paulus Hook, has been serving modern European-style cuisine — think Spanish tapas, Italian cured meats, and French fromages — for nearly a decade. Except for having acquired a liquor license two years after it opened, not much has changed about its offerings since it launched. “What our customers really like about us is that we offer a consistent, quality product,” says Michael Garcia, who owns Satis with his partners, Geza Gulas and Andy Siegel. “People want continuity.” Although more vegetable and pasta dishes have found their way onto Satis’ menu over the years, the restaurant’s mainstays continue to be hearty fare like braised beef short rib, duck l’orange, bacon-wrapped dates, and gnocchi. “I don’t think we’ve ever not had gnocchi on the menu,” Garcia notes. For a restaurant that apparently found its “sweet spot” so quickly, it’s surprising to learn that Satis was, in a way, born out of failure. Back in 2010, Garcia and his partners were working in real estate development. Siegel had bought the space where the restaurant now exists with the intention of selling it. But with the financial crisis of 2007 still looming large in lenders’ minds, credit was tight. “Potential buyers couldn’t get the financing to do anything with the building, so we were unable to sell it,” Garcia recalls. “Geza and I already owned Lucky 7’s”—a popular neighborhood tavern in downtown Jersey City— “so we said to Andy, ‘We’re already doing a great job with Lucky’s. Why don’t we take this space and turn it into a restaurant?’” And so, as they say, a star was born. With its exposed brick, high ceilings, hardwood floors, and natural light, Satis is nearly as admired for its stylish aesthetic as for its food. It is consistently recognized as one of the best restaurants in Jersey City, with enthusiastic reviews by The New York Times, The Wall Street Journal, the Star-Ledger, and others. It’s also a favorite of Zagat’s reviewers and has been named a Readers’ Choice by New Jersey Monthly. What is Garcia’s favorite dish on the menu? Believe it or not, the chicken. “I don’t typically order chicken in restaurants, but the way we serve it is really neat,” he says. “You get a breast and a thigh, and it’s really juicy. I know chicken’s not glamorous, but I love the way we make it.” Satis also hosts a lot of private parties, with space for up to 90 people for a full takeover or up to 35 in the mezzanine dining area. Garcia says this is another of his favorite things about being an owner: “When we throw a birthday party or a baby shower and people tell us afterward they had a great time . . . I love making memories for our customers.” SATIS BISTRO 212 WASHINGTON STREET 201-435-5151 http://jerseycity.satisbistro.com/